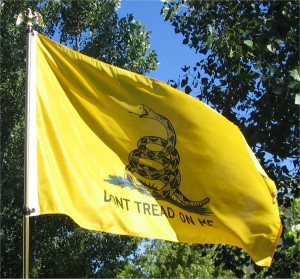 “A free people ought to be armed.”
– George Washington

Without guns, you are no more than a SLAVE!

“The most foolish mistake we could possibly make would be to allow the subject races to possess arms.  History shows that all conquerors who have allowed their subject races to carry arms have prepared their own downfall by so doing.  Indeed, I would go so far as to say that the supply of arms to the underdogs is a sine qua non for the overthrow of any sovereignty.   So let’s not have any native militia or native police. German troops alone will bear the sole responsibility for the maintenance of law and order throughout the occupied Russian territories, and a system of military strong-points must be evolved to cover the entire occupied country.”
– Adolf Hitler, dinner talk on April 11, 1942

“This year will go down in history.  For the first time, a civilized nation has full gun registration. Our streets will be safer, our police more efficient, and the world will follow our lead into the future!”
– Adolph Hitler, 1935, on The Weapons Act of Nazi Germany

Nazi Germany established gun control and from 1939 to 1945, 13 million Jews and others who were unable to defend themselves were rounded up and exterminated.

“If the opposition disarms, well and good. If it refuses to disarm, we shall disarm it ourselves.”
– Joseph Stalin

“The measures adopted to restore public order are: First of all, the elimination of the so-called subversive elements. … They were elements of disorder and subversion.  On the morrow of each conflict I gave the categorical order to confiscate the largest possible number of weapons of every sort and kind.  This confiscation, which continues with the utmost energy, has given satisfactory results.”
– Benito Mussolini, address to the Italian Senate, 1931

“All political power comes from the barrel of a gun.  The communist party must command all the guns, that way, no guns can ever be used to command the party.”
– Mao Tze Tung, Nov 6 1938

“I did not join the resistance movement to kill people, to kill the nation. Look at me now. Am I a savage person? My conscience is clear.”
– Pol Pot

During the short four years of its rule in Cambodia, Pol Pot’s Khmer Rouge government murdered over 31 percent of the entire Cambodian population.

“Armas para que? (“Guns, for what?”)”
A response to Cuban citizens who said the people might need to keep their guns, after Castro announced strict gun control in Cuba.
– Fidel Castro

“We are going to get the ball rolling on this disarmament plan in order to take all of those [weapons] that are found to be illegal out of circulation and this will be presented in two weeks to the President of the Republic, Hugo Chavez, for consideration for its implementation.  By the end of July, we expect to be able to count on a complete registry of the whole range of weapons that are out there, as much in the security organizations as well as in the hands of the civilian population.”
– Jesse Chacon, the Venezuelan Minister of Justice and Interior

Beware of any politician that agrees with dictators!

“I know that the NRA believes people should be unimpeded and unregulated on gun ownership. I disagree. I do not object to the lawful use and ownership of firearms, but I do think it is entirely it appropriate for the state to monitor it. Too many of these guns end up in the hands of criminals even though they were originally purchased by people who did not have a felony. I’ll continue to be in favor of handgun law registration requirements and licensing requirements for training.”
-Barack Hussein Obama [Chicago Defender, 7/5/01]

“If I had my way, sporting guns would be strictly regulated, the rest would be confiscated.”
– Nancy Pelosi

Who do you agree with?

“A free people ought to be armed.”
– George Washington

“No free man shall ever be debarred the use of arms. The strongest reason for the people to retain the right to keep and bear arms is, as a last resort, to protect themselves against tyranny in government”
– Thomas Jefferson, 1 Thomas Jefferson Papers, 334

“The laws that forbid the carrying of arms are laws of such a nature. They disarm only those who are neither inclined nor determined to commit crimes….Such laws make things worse for the assaulted and better for the assailants; they serve rather to encourage than to prevent homicides, for an unarmed man may be attacked with greater confidence than an armed man.”
– Thomas Jefferson

“The Constitution of most of our states (and of the United States) assert that all power is inherent in the people; that they may exercise it by themselves; that it is their right and duty to be at all times armed.”
– Thomas Jefferson

“Guard with jealous attention the public liberty. Suspect everyone who approaches that jewel. Unfortunately, nothing will preserve it but downright force. Whenever you give up that force, you are ruined…The great object is that every man be armed. Everyone who is able might have a gun.”
– Patrick Henry

“Arms in the hands of citizens may be used at individual discretion in private self defense.”
– John Adams

“To disarm the people is the most effectual way to enslave them.”
– George Mason, Elliot, Debates at 380

“Americans have the right and advantage of being armed, unlike the people of other countries, whose leaders are afraid to trust them with arms.”
– James Madison, Federalist Paper #46

“Necessity is the plea for every infringement of human freedom. It is the argument of tyrants; it is the creed of slaves.”
– William Pitt

“The supreme power in America cannot enforce unjust laws by the sword; because the whole body of the people are armed, and constitute a force superior to any band of regular troops.”
– Noah Webster, 1787

“That rifle on the wall of the labourer’s cottage or working class flat is the symbol of democracy. It is our job to see that it stays there.”
– George Orwell

“If someone has a gun and is trying to kill you, it would be reasonable to shoot back with your own gun.”
– The Dalai Lama, May 15, 2001, The Seattle Times

“Among the many misdeeds of the British rule in India, history will look upon the Act depriving a whole nation of arms as the blackest. If we want the Arms Act to be repealed, if we want to learn the use of arms, here is a golden opportunity. If the middle classes render voluntary help to Government in the hour of its trial, distrust will disappear, and the ban on possessing arms will be withdrawn.”
– Mohandas K. Gandhi

Here is what Richard Henry Lee,
the initiator of the DECLARATION OF INDEPENDENCE said about guns:

“To preserve liberty, it is essential that the whole body of the people always possess arms, and be taught alike, especially when young, how to use them.”
– Richard Henry Lee, Virginia delegate to the Continental Congress, Initiator of the Declaration of Independence, and member of the first Senate, which passed the Bill of Rights.

One of America’s Founding Fathers, or a tyrant?